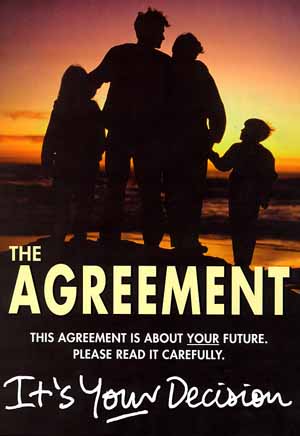 Buoyed by his unexpectedly emphatic victory in the recent general election, UK Prime Minister David Cameron has been returning to some of his more controversial policy ideas, many of which had to be placed on hold for as long as he needed Liberal Democrat support to stay in government. Freed from the shackles of coalition, he has revisited his long-standing pledge to repeal the Human Rights Act. The Act, which incorporates into British law the European Convention on Human Rights, has long been a bete noir of Eurosceptic Tories (and, perhaps significantly, of UKIP voters) who are viscerally opposed to the notion of foreign judges overturning British laws, and who associate it, albeit incorrectly, with the European Union.

In fact, the Human Rights Act is not nearly as powerful as it appears in the imagination of the right-wing press, and the protections it offers can look somewhat feeble to those of us familiar with those available in countries with written constitutions. Nonetheless, the Act is much prized by the UK civil liberties and human rights communities, as a means, however imperfect, of holding the actions of the state up to scrutiny. They are therefore understandably alarmed by Mr. Cameron’s latest plans to scrap it within, he promises, the first one hundred days of his new government.

However there is a much neglected Irish angle to the debate, one which may yet stymie Mr. Cameron’s plans. Though the HRA was a New Labour Manifesto commitment, its passage was hastened by the Good Friday Agreement, which required that “The British Government will complete incorporation into Northern Ireland law of the European Convention on Human Rights (ECHR), with direct access to the courts, and remedies for breach of the Convention, including power for the courts to overrule Assembly legislation on grounds of inconsistency”.

Not only that, but the ECHR is embedded into the very structure of the Northern Ireland Assembly, with all Assembly proposals to be “proofed” against the ECHR prior to their passage. (The Government of Ireland was also required to examine the question of incorporating the ECHR into our law, resulting in the European Convention on Human Rights Act, 2003.)

It would be reassuring to view this neglect of the Northern Irish angle as simply a function of an Anglo-centric Tory party simply forgetting about the concerns of the “Celtic Fringe”. After all, the ECHR is also embedded into the workings of the Scottish and Welsh Assemblies, in much the same ways as in Stormont. Will Mr. Cameron repeal the Human Rights Act in England only, at a time when the concept of the UK as a unified nation is on such unsteady ground? What then of the famous statement by Margaret Thatcher that Northern Ireland was “as British as Finchley”?

More worrying is a document produced in 2000 by the conservative Centre for Policy Studies. Entitled “The Price of Peace”, it denounces the Good Friday Agreement as “a threat not just to the Britishness of Northern Ireland but the British way of doing things…a capitulation to violence, a validation of terrorism…a humiliation of our Army, Police and Parliament. But, worse still, it is a denial of our national integrity, in every sense of the word.”

The document specifically objects to human rights element of the Agreement, thundering that it “supplants common sense and common law, and erodes individual dignity by encouraging citizens to see themselves as supplicants and victims to be pensioned by the state”

The author of this jeremiad is none other than Michael Gove, recently appointed Justice Secretary, and the man tasked with the repeal of the Human Rights Act. “The Price of Peace” was written in the immediate aftermath of the Good Friday Agreement, when Mr. Gove was an opposition activist. It is possible that his views have mellowed. He has had ample years to watch the Northern Ireland settlement in operation, and he may he no longer see it as the Blairite stitch-up he describes in “The Price of Peace”. Nonetheless, nobody with a stake in the delicate, complicated and still fragile relationship between these islands can fail to be worried by proposals to tinker with it.

The commitments made by the UK government in 1998 are not to be taken lightly. They were not merely throwaway promises made in order to get a political deal over the line. They were rather necessary and solemn commitments made by the UK Government in the context of a historic settlement. These commitments were made not only to the Government of Ireland, but to the people of Northern Ireland. They were approved by referendums, North and South, and the British-Irish Agreement was deposited with the United Nations as an international treaty.

The Irish Government needs to be very clear that it too has a stake in this historic settlement, and should not allow it to be unpicked, least of all for reasons of domestic political expediency.